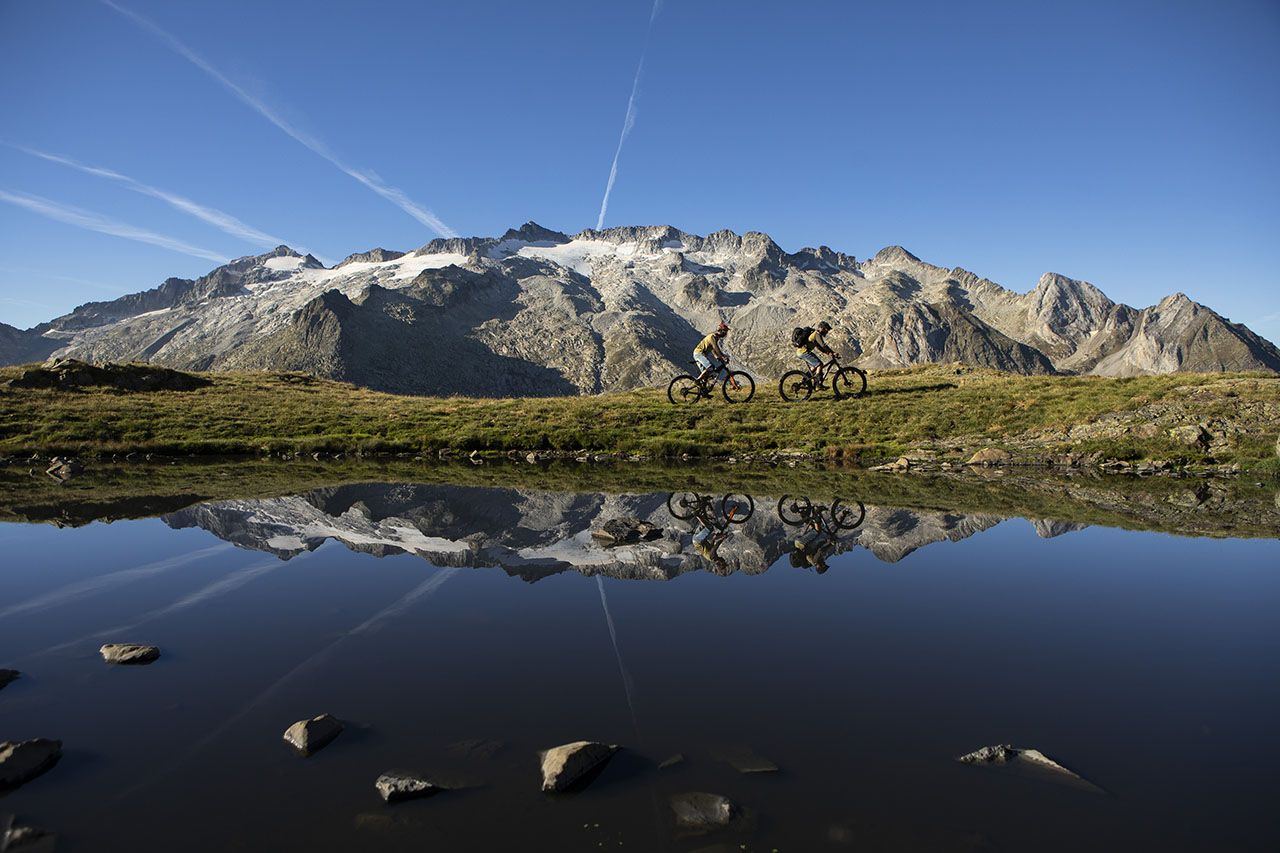 “Puro Pirineo” would not have been posible without the strength and effort of some local riders like Cesar Gairín, Arturo Mayor and Eduardo Matamoros. Three local riders that combined their jobs with their passion: enduro, downhill and freeride.

They discovered many of the tracks currently included in “Puro Pirineo” catalogue. They also founded the local riders team known as “Lenteja Team” and organized the first enduro and downhill meetings in Benasque.

They unveiled magic and visionary lines like the famous Coll de Fadas track currently closed and hopefully re-opened in the near future. It is thanks to them and many other local riders that “Puro Pirineo” became a reality.

Downhill World’s Champion performing  is a tribute to their effort and constitutes the best proof of the posibilities that “Puro Pirineo” offers to the visitors in the practice of enduro and downhill.

You can find out more about which cookies we are using or switch them off in settings.

This website uses cookies so that we can provide you with the best user experience possible. Cookie information is stored in your browser and performs functions such as recognising you when you return to our website and helping our team to understand which sections of the website you find most interesting and useful.

Strictly Necessary Cookie should be enabled at all times so that we can save your preferences for cookie settings.

If you disable this cookie, we will not be able to save your preferences. This means that every time you visit this website you will need to enable or disable cookies again.